Three of the Most Bizarre Workers Comp Claims of All Time 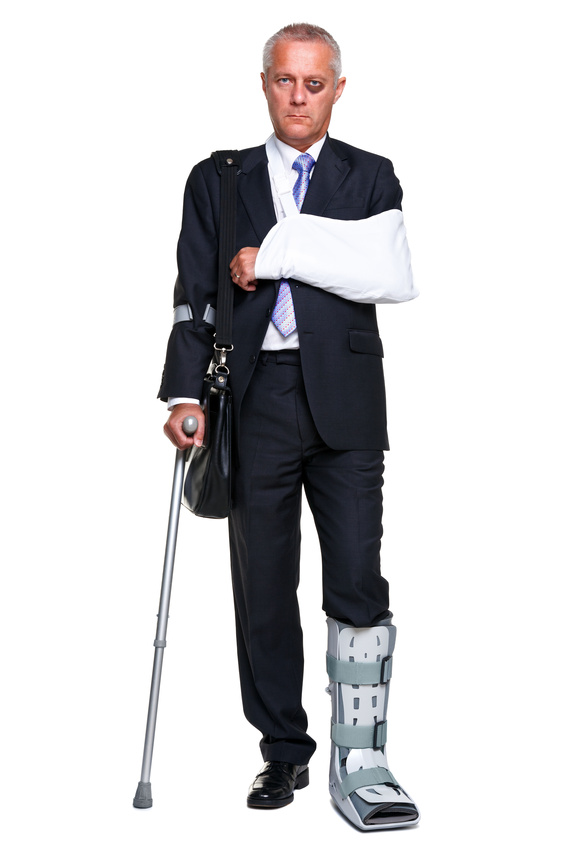 If you get hurt at work, you make a workers compensation claim. It’s usually that simple. After all, if you slip and fall, strain your back, or get hurt at work in an accident, you deserve to have your medical expenses paid for.

However, not every work-related injury makes as much sense as the aforementioned examples. Some people get hurt at work in the most ridiculous of situations, and still apply for workers compensation. And if you can believe it — they often times get it!

Here are a few of the most ridiculous people who got hurt at work and still got their medical expenses covered.

Tripping Over the Dog.

Mary Sandberg worked as a J.C. Penney decorator, and because she used her garage to temporarily store work samples, her home was technically a “work environment.” So when she tripped over her dog and broke her wrist on her way to the garage, she was fully able to file for workers comp.

After returning from a pizza delivery, one pizza guy found himself embroiled in an altercation with a panhandler, who was being thrown out of the pizza shop by the returning delivery guy’s co workers. Though he was trying to do the right thing by helping to get the panhandler away from the shop, he would have been better off just watching the scene, because the pizza guy wound up getting a punctured lung for all his effort. Although the employer contested his claim, a court ruled in favor of the pizza guy, saying he was genuinely hurt at work in the course of — and as a result of — his employment.

Clinton Dwyer came across a female co-worker who was struggling to get her bag of chips out of the vending machine. Wanting to impress her, he tried to help, but only wound up fracturing his hip. Surprisingly, a court ruled in his favor saying that he was “injured while coming to the aid of a co-worker seeking personal comfort.”

Getting hurt at work is never fun, whatever the circumstances may be. If you’ve been hurt at work, it’d be well worth your time to file a workers comp claim, so that you can get your medical expenses covered. After all, if these three could do it, so can you. Reference links: www.azhurtonthejob.com